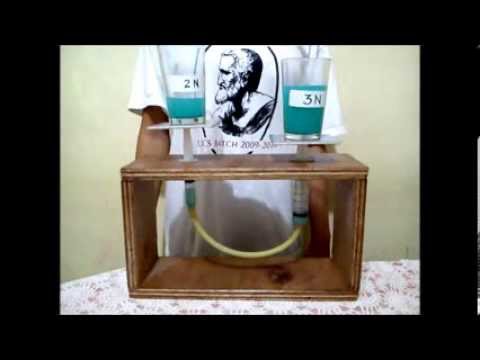 By Jeff Unwin February It had been two and a half years since we had turned a wheel in anger in the mighty little Beetle, and I was itching to get back into hillclimbing. The CAMS newsletter had just arrived in the mail and there was an item on the upcoming Australian Hillclimb Championships at Grafton in six and a half weeks.

Not being one to procrastinate, the decision was made then and there to go for it. On that occasion, the fan had exploded at revs, taken out the accelerator cable tube and jammed the Dellortos flat out as she was approaching the Dipper.

Well, what can I say, fate was really kind not to roll her over the car that isso there was no body damage but three corners of the suspension were badly bent and the right hand front shock tower had put a 50mm deep dent into the inner guard.

The car had then been retired to a relative's farm at Binnaway, and suffered the indignity of sitting in a barn there and accumulating a solid layer of bird poo while it sat forlornly in the farm shed. I took a quick trip to Binnaway one day and loaded the very bent Bug Fluid meter and tray hydraulic experiment a trailer and then took it home the next day - all without incident.

Times had changed however, and now there was the introduction of the Group 2E Silhouette Class - 60 series tyres, no fibreglass guards and a maximum seven-inch rim size for cars up to cc.

This formula posed a couple of problems.

Firstly our old gearing was too tall the 3. As it turned out we had bought an old drag race gearbox earlier in the year so we had a few extra ratios to choose from. In the end we came up with a great little close ratio 'box using the 4. There was a huge list of chores to complete before we headed to Grafton.

This included stealing the front end out of the old race car, replacing wheel bearings, tie rod ends, ball joints and control arms, recondition the callipers and fit new metal pads. Other tasks undertaken included replacing steering box and damper, fitting a race seat, harness and half cage. Next we rebuilt the entire rear end including arms, bushes and brakes and then stripped down several gearboxes to salvage the required parts to make up one good unit.

The cc motor was stripped and freshened up ready to be raced. We then went over to East Coast Suspension for a four-wheel alignment and then back home to fit the sway bars 20mm front and 22mm rear.

We then packed all the spares and headed off for Grafton, a day before practice started, while Jamo and Grant drove up and met me there on Thursday morning. Grafton's track had been lengthened, resurfaced and was lot tighter than what I could remember from five years earlier, so I returned to the track and had the car scrutineered early to be one of the first cars out on the track.

Even though the track was a bit green leaves and branches littered the track and no rubber had yet been laid downI was still quite happy with how good the borrowed rubber was gripping. I was only about three seconds off the old record.

A quick check of the tyre pressures and off I went again, this time really getting the feel back again and throwing the car around like a Formula I car when suddenly the oil light came on.

I turned her straight off and coasted down the return road. When we pulled the Oberg filter apart there were parts of a big end bearing staring at me.

It appeared that we should have put the oil surge gates back in from our old Hellbug motor as now the sticky tyres were generating the same g-forces as the soft slicks I ran before.

There was a fair bit of disappointment in the camp. In fact, Grant and Jamo were shattered. I ended up driving to Kempsey, taking a cc motor out of a buggy and fitting up our exhaust and Webers. But alas the off-road motor had an inappropriate cam and didn't really go.

We managed a last-in-class finish and the distinction of being the only vehicle unable to spin the wheels off the line. At this stage, I must thank Mark and Luke Pell for their help with all our problems over that weekend. It was their motor that was so generously lent to me.

Back to the old drawing board.Captain Bowen: The most surprising thing is how quickly you adapt to being in the microgravity environment.

In addition to floating around the rest of the body adapts pretty quickly (after about 4 days all systems are good). The fluid shift resolves and you lose the puffy face in week.

ATICO Medical Pvt. Ltd. are manufacturer, supplier and Exporter of Desauty Bridge. It is a simple form of bridge giving maximum accuracy while comparing capacitance in term of resistance. The purpose of the fluid flow meters experiment was to determine the operating characteristics of the Venturi and orifice meters.

The purpose of the tray hydraulics experiment was to study the vapor and liquid tray hydraulics parameters for sieve, or perforated, trays in a distillation column. The Hydraulics Laboratory offers many testing facilities including fluid mechanical, hydraulic machinery, wind tunnel, flow channels and computer-controlled equipment, pumps etc.

Offered by us is a wide range of high quality Fluid Mechanics Lab Apparatus to the esteemed customers. Related Documents: Fluid Meter and Tray Hydraulic Experiment Essay glucose meter Essay A glucose meter is a small hand held device that is used for determining the approximate concentration of glucose in the body, also known as a blood sugar meter.